Oil Slick in the Gulf of Mexico

Oil from the Deepwater Horizon well remained visible on the Gulf of Mexicoβs surface on July 11, 2010. The Moderate Resolution Imaging Spectroradiometer (MODIS) on NASAβs Terra satellite captured this natural-color image the same day. An especially bright patch appears southeast of the Mississippi Delta, near the approximate location of the oil rig. 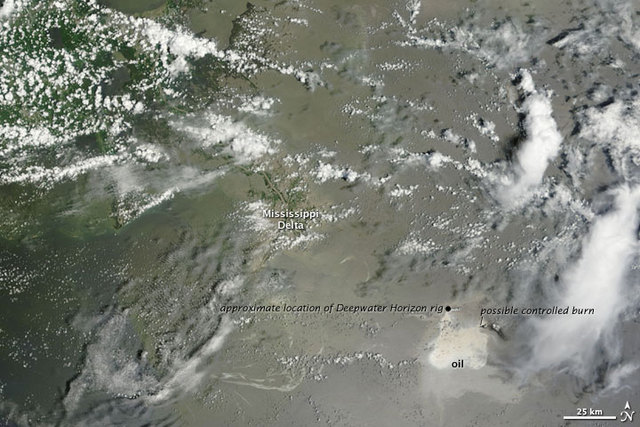 Only when the Sun is at the correct angle relative to the satellite does an oil slick appear in MODIS imagery. Moreover, different angles of sunlight highlight different parts of the oil slick. On July 9, 2010, sunglint highlighted oil west of the Mississippi Delta, even though that oil is not apparent in this image.